Join us for the WVOP Networking Hour, where we invite strong members of the veteran community to come and speak about services available to all our veterans. This week we invite Jim Zenner, the new director at Military and Veterans Affairs for Los Angeles County.

Topic: The future of Veterans Services 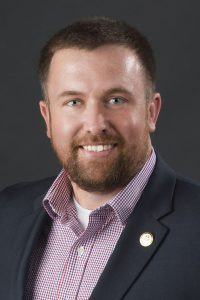 Jim Zenner served in the United States Army from 2004 to 2008 with 1-14 Cavalry 3rd SBCT 2nd Infantry Division as an all source intelligence analyst. He deployed in June of 2006 with his unit to Iraq in support of Operation Iraqi Freedom. Jim received an honorable discharge in 2008 and went on to serve in the United States Army Reserve as a combat skills instructor until 2011.

Mr. Jim Zenner began his career at Volunteers of America Los Angeles in 2010 developing and implementing a 48 bed facility for homeless Iraq and Afghanistan veterans. He is currently serving as the Director of Military and Veteran Affairs at the Department of Military Veteran’s Affairs in Los Angeles.