From Women Vets on Point 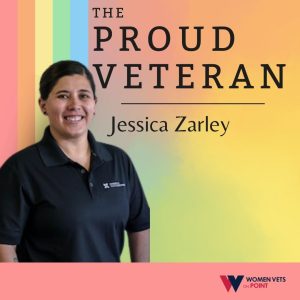 About Jessica
Jessica grew up in South Central LA until moving to Antelope Valley in 1995 where she graduated from in 2002. She joined the Navy in 2007. One of the highlights of her service was being assigned to the USS Boxer the flagship of Combined Task Force 151, the international anti-piracy task force pursuing pirates off the coast of Somalia that assisted in the rescue of Captain Phillips of the cargo ship Maersk Alabama in 2009.

Returning home in 2010, she struggled with the transition to civilian life and how to cope with the trauma she endured while serving. For almost a decade, she searched for happiness, hitting a low point in her life in 2019.

She is currently a member of Merging Vets and Players, FitOps Alumni, and a Battle Buddy at JVS- SoCal VPAN SD-5 providing peer support to fellow Veterans and their families.