Today, June 12, is recognized as Women’s Veterans Appreciation Day. After two years of debate in Congress, on June 12, 1948, President Harry S. Truman signed the Women’s Armed Services Integration Act into law, allowing women to serve as regular members of the military. Several states already recognize June 12 as Women Veterans Appreciation Day, but sadly there is no national day of recognition. 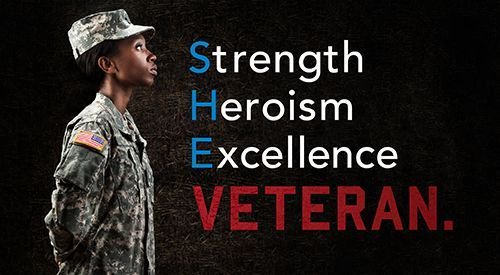 Currently there are seven women veterans serving in Congress, including Navy veterans, Rep. Mikie Sherrill, D-N.J., and Rep. Elaine Luria, D-Va., and Air Force veteran, Rep. Chrissy Houlahan, D-Penn. These congresswomen introduced a bill recently to establish June 12 as Women Veterans Appreciation Day to honor the over 1 million women veterans, who make up about 10 percent of the total veteran population.

“From Molly Pitcher at the Battle of Monmouth to the WASPs of WWII to the women currently in the field, women have proudly served our nation since its founding,” Sherrill said. “Yet too often, female veterans do not seek care at the VA or even identify themselves as former servicewomen.Recognizing Women Veterans Appreciation Day follows the efforts of states around the country to engage with and advocate for our women veterans.”

Today, join Women Vets on Point in showing appreciation to our women veterans. Share on social media about a female veteran in your life with the hashtag #thankawomanvet and tag WVoP @womenvetsonpoint on Facebook & Instagram, and @womenvetspoint on Twitter.

We thank you all for your dedicated service and are honored to stand alongside you!